The market crash of 2022 may have caused a major setback in the crypto world, but as January 2023 approaches, an enormous breakthrough in Ethereum staking is almost upon us. Through this revolutionary progress, we will likely see a 99% power consumption drop for all adjacent markets in the Ethereum sector, marking a poignant moment in the timeline of the blockchain industry.

Not only is this drastic power consumption drop incredibly significant for anyone looking to participate in Ethereum staking. It’s also an absolute game-changer for the blockchain sector as a whole–decreasing the cost of running these networks, and making the industry stronger, more efficient, and better-suited for the future.

Just how is Ethereum Staking poised to drop the market’s power consumption by such an extreme amount?

Thanks to the team’s brilliant advances in proof-of-stake (PoS) technology, they will be able to independently regulate and regulate within the Ethereum network without the need to involve huge third-party energy resources.

This alone offers a dramatic reduction in energy consumption and operating costs by cutting out the need for machines and miners to have extra materials like fuel or electricity. This marks the huge progress that we’ve seen in the PoS space over the past several years, and offers a bright future for everyone involved in the Ethereum sector.

Furthermore, this game-changing technology also promises to significantly reduce latency within the network, meaning that Ethereum-related transactions and processes will be far more efficient than ever before.

As impressive as these sizable improvements may be, though, the power consumption reduction speaks for itself. It’s a crucial breakthrough that nobody in the cryptosphere could have anticipated prior to the Ethereum team’s fantastic gains in the PoS arena – leading the charge towards a more powerful and efficient blockchain industry.

Still, this monumental achievement won’t create a drastic transformation overnight –it’s still in its early stages, and while Ethereum’s PoS innovations are sure to revolutionize the industry, it may take some time before the changes are felt in full force across the sector.

The Ethereum team’s stellar progress in proof-of-stake technology has reignited the hope of a powerful, low-cost future for the blockchain industry. By completely re-engineering the PoS system, we’re able to witness an unprecedented drop of 99% in power consumption –promising a more efficient, better-suited network for years to come. We’re sure to witness more significant changes in the industry over the coming months, but for now, it’s safe to say that Ethereum staking has completely revolutionized the crypto world. 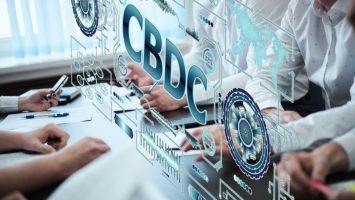