Home
\
News
\
In a landmark decision, an Israeli court has ruled that authorities can seize cryptocurrency from 150 blacklisted wallets.

The decision, which was made by the Central District Court in Lod, Israel, is thought to be the first of its kind. It allows the country’s enforcement authorities to seize crypto from a range of wallets, including those of criminals and terrorists, as well as those of people who wish to remain anonymous.

The court case was brought by the Israeli Tax Authority, which argued that it needed to be able to seize cryptocurrency from these wallets in order to protect the public from fraud and other criminal activities.

The court agreed with the Tax Authority, and ruled that authorities could seize crypto from wallets that have been blacklisted by the country’s Financial Intelligence Unit (FIU).

The FIU, which is responsible for the investigation and prevention of money laundering, has blacklisted 150 wallets which it believes are associated with criminal activities.

The ruling has been welcomed by the Israeli government, which has been trying to bring the country’s cryptocurrency sector in line with international standards.

It is also a sign that the country is taking a more open and welcoming approach to blockchain technology and cryptocurrency.

The decision is likely to have wide-reaching implications for the global cryptocurrency industry, as other countries may follow suit in allowing authorities to seize crypto from blacklisted wallets. 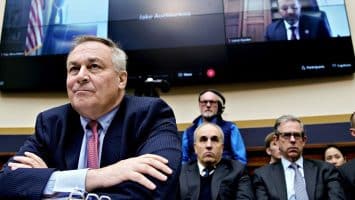